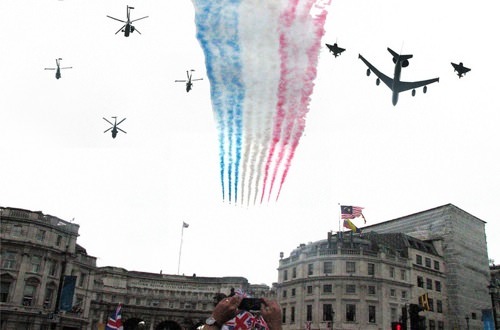 The British Army, the Royal navy, and the Royal Air Force fly over Admiralty Arch, down the Mall and over Buckingham Palace.

It didn’t happen quite like this of course, but there are many photos of the planes going over Trafalgar Square down The Mall and over Buckingham Palace…. but not like this one! The Army, the Navy and the Royal Air Force’s Red Arrows team flew straight over me, above is a composite image of them all.
Way back in September 2012, I was at the Team GB Olympics parade celebrating with TeamGB, the 800+ British Olympic and Paralympic athletes. It was a fantastic weekend and I would like to share my photos with you including the flypast shown above.

The celebrations included a rare projection onto the Houses of Parliament. This was fantastic, I saw it four times before leaving, and it made me feel proud to be British.

So what was the parade really like? Well here is a video I made for you… without you having to endure the hours of waiting that I did! 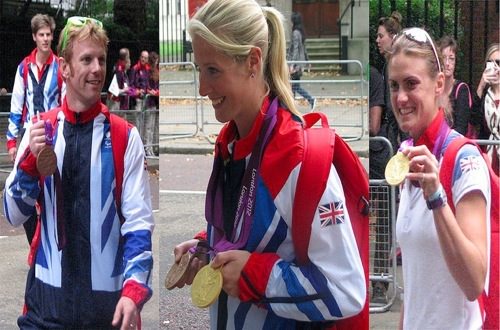 In addition to the amazing weekend of partying celebrating the Olympics and including the closing ceremony for the Paralympics, there was The Mayor’s Thames Festival which included events across the capital culminating in a carnival with some fantastical and creative costumes and fun!

This was another huge part of this big weekend, so big that I have written another blog post for it.