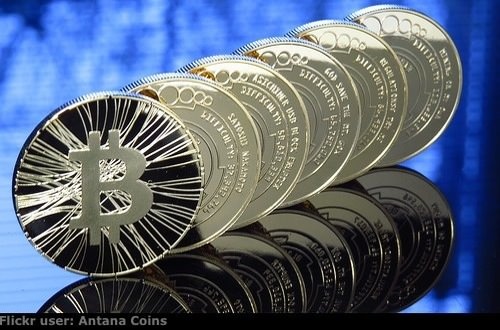 I have been learning about Bitcoin in the last few months, later than I would like considering the incredible rise in the value of bitcoins, so I am not an expert in this and I don’t have all the answers, but I’m learning more and I’ll explain it as best I can and only the facts I know, and in laymans terms where possible. As I am new to this like many of us, hopefully you will find it easy to understand.

So what is Bitcoin?

Bitcoin was created in 2009 by an unidentified anonymous individual known as Satoshi Nakamoto. Every Bitcoin has a unique number, I’m not sure how that works exactly, but then even less people understand where our money comes from now. I believe it is secure, and bitcoins cannot be duplicated or printed ad infinitum like the banks do with our money, but it still could be stolen by hackers though it has not happened on a small scale because it is not worth it due to the cost and encryption. I wouldn’t worry about it, the cash we have is far more dangerous, just ask anyone forced from their home by a bank or who has been hit by cuts in funding.

Banks and governments aim to control or discredit Bitcoin through the media because it like a filesharing network but without the piracy, it is decentralised, and cannot be controlled by any bank or government. This threatens America’s biggest export – the US Dollar. The US Dollar is expected to be replaced as the global reserve currency by the Chinese Yuan within 30 years, however theoretically even that is starting to look like Bitcoin could become the global reserve currency. In fact the China has just stopped buying US dollars over fears it will default or devalue.

Bitcoins can be used to purchase items in a growing number of places, where it is accepted, including offline providing a sufficient internet connection is available, which it will be, unless the internet is shutdown causing the loss of spying on people and the end of ecommerce losing billions of dollars every week, so the internet will stay, no worries there!

I have heard for investors, it is considered an “asset class”, like Gold or Silver, because ultimately it will rise in value due at least in part to the limited number of Bitcoins that can ever be made.

I read in The Times an interesting and informative article about Bitcoin, written by Hugo Rifkind for Issue 3 of their “Technology Review” and dated 23rd November 2013. The Times is behind a paywall so I won’t link to it, but if you are subscriber then you may like to search for it.

I think Bitcoin will be a pioneer in digital currency like the iPhone or Napster, it changes the world and others will follow. In fact the second global currency was launched this year: Litecoin. In 2009 Bitcoin was worth $5 and now (23rd November 2013) is $850 for each Bitcoin, Litecoin is now worth $10. Max Keiser says Litecoin is what Silver is to Gold, he recommended people invest in Bitcoin back when it was worth $5 and now recommends Litecoin too.

Some relevant videos on Bitcoin that I recommend watching: